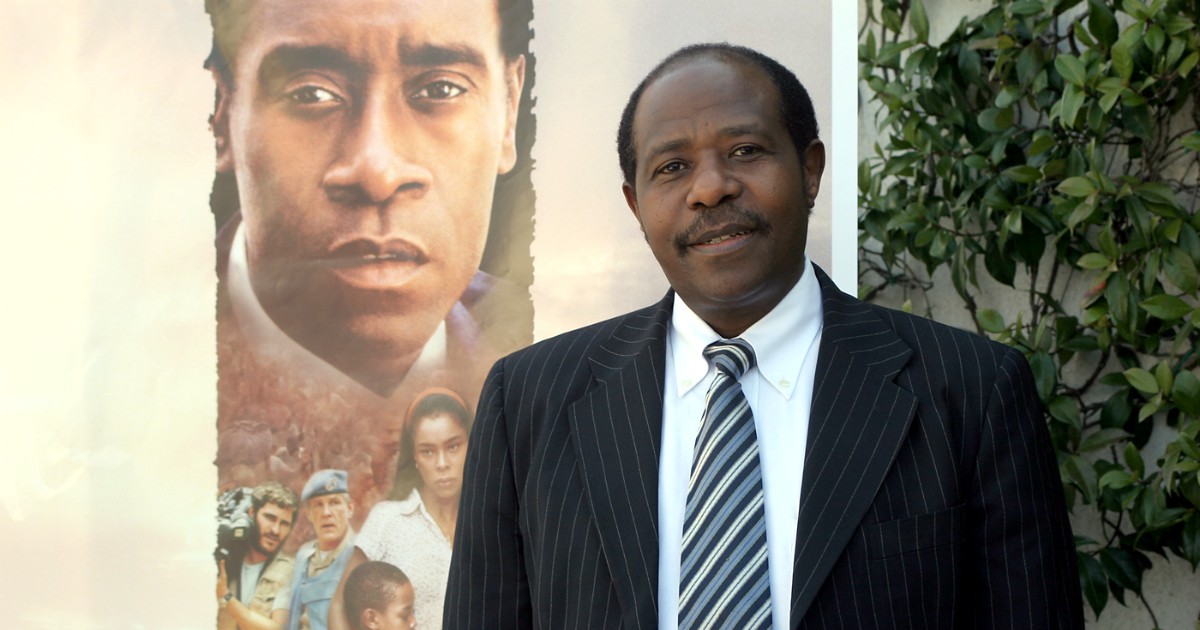 It sounds too crazy to be true. Rwandan President Paul Kagame has been using Pegasus surveillance software (created and sold by the Israeli spyware firm the NSO Group) to spy on human rights activists, journalists, lawyers, amongst other people.  One such person under Rwandan surveillance is American citizen, Carine Kanimba, daughter of Hotel Rwanda humanitarian Paul Rusesabagina. The Rwandan government has denied this but Kamimba is not the only person born in Rwanda to be targeted.

Maybe this will be what it takes to push US Secretary of State Antony Blinken to act.

Would you sign our petition urging him to do more to bring Paul Rusesabagina home?

Kanimba said, “It was bad enough that they kidnapped my father, tortured him, and robbed him of his legal rights. Now we find out that they have listened to my conversations with the US State Department, Belgium Foreign Minister Sophie Wilmes, and our attorneys. This adds insult to injury.”

Rusesabagina’s Washington D.C.-based attorney Peter Choharis said “Countries that hold fair trials and prosecute strong cases don’t resort to tapping attorney-client conversations or seizing attorney-client documents.  This shows that the Rwandan government knows that it lacks the evidence to convict Paul in a fair trial. The U.S. and European governments whose conversations were tapped might reconsider donating hundreds of millions of dollars to an ally that spies on them.”

The U.S. Congress has also called on Secretary Blinken to do more. Forty-one Members of Congress signed a letter demanding Blinken do whatever he can to free Rusesabagina. They cited the earlier concerns of their Congressional colleagues over the extrajudicial means used to detain Rusesabagina, the torture inflicted on him, and the denial of his basic legal rights and basic human rights. At the time of the writing of the letter, they reminded Blinken that he had committed in writing to ensure that Rwanda would conduct a fair trial. Recently the Clooney Foundation and ABA issued a report again expressed their outrage over the lack of any kind of fair trial. Linked here:  Trial Observation Report: Rwanda vs. Paul Rusesabagina.

Despite this, the U.S. State Department has been dragging its feet. Click on this link and sign our petition to Secretary Blnken urging him to act.

Here are links to a few of the other articles about the Pegasus Project and the hacking of Kanimba’s phone: