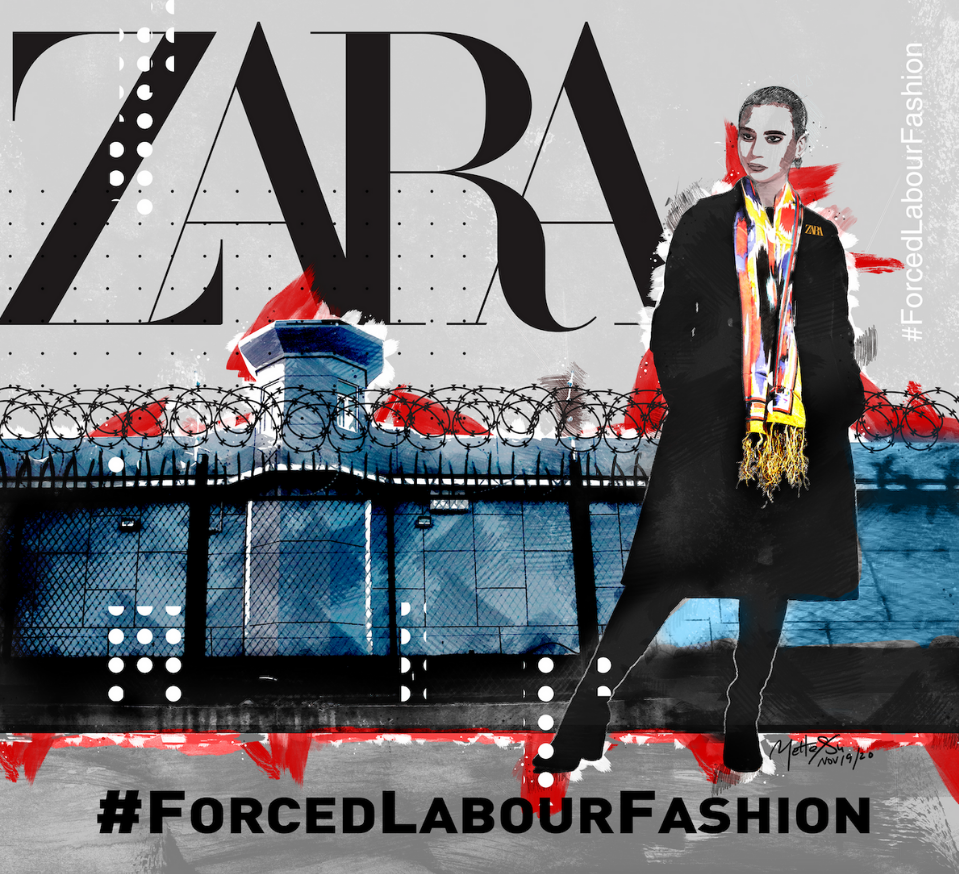 People belonging to ethnic, cultural, and religious groups in northwestern China, including Uyghurs, Kazakhs, Kyrgyz, and Hui, are currently the target of the largest organized detention of an ethno-religious minority the world has seen since World War II. Since 2017, over one million have been detained.

Detainees are made to work under constant surveillance, with assigned minders and no freedom to leave. Their forced labour contributes to the production of goods for numerous multinationals.

Countless Western companies are also profiting from this system of forced labour in their supply chains. Over 20 percent of the global apparel industry’s cotton supply is grown in the Uyghur Region, the source of 84 percent of China’s output.

Spanish-based retailer Zara, like almost all companies, claims to prohibit forced labour in its supply chains, yet offers no credible explanation as to how it can do this considering its links to a region where all goods are likely to be tainted by forced labour. By continuing to operate in and maintaining links to the region, fashion brands like these are complicit in what many have widely recognized as crimes against humanity.