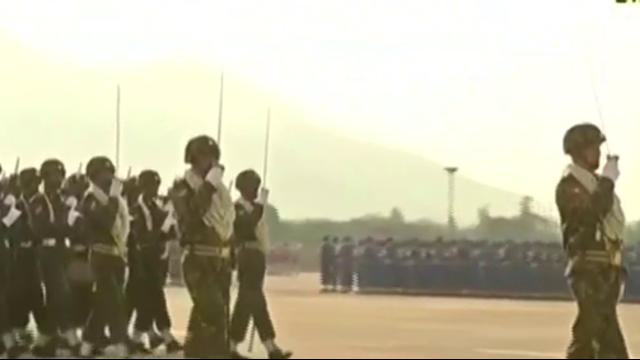 This week came good news. The European Union will join the US and the UK and impose sanctions on the Myanmar military’s two business conglomerates, MEC and MEHL, over the army’s coup d’etat and ongoing murderous crackdown.

This victory is due to your hard work. When the Civil Disobedience Movement called on us for our support, you demanded that your governments show leadership in imposing sanctions on the Myanmar military. Your emails, your calls, and your meetings made the difference

But we still have far to go. Next up, we need to stop the flow of money from oil and gas companies – such as Chevron, Total, Posco, and CNOOC – to the military. Let’s build on our success today and fund the campaigns that hit hard against the Myanmar military.

Please give to support the Myanmar people in their struggle against the military.

With Myanmar at this crossroads, the Meah Family Foundation and the Louis Kraar Memorial Fund have pledged $20,000 to scale up our successful campaigns. They are challenging you to match or exceed their $20,000 gift. You’ve already stepped up with gifts of almost $8,000. Would you help us raise the $2,000 we need to hit our interim target of $10,000 by the end of this weekend?

Will you make a gift to help restore democracy and human rights in Myanmar?

I’m both humbled and inspired by how you have already built our movement. Together, we’ve effectively lobbied our governments to sanction Myanmar’s military and its business empire. We’ve also put effective pressure on companies – such as Western Union, online jeweller Angara, and Kirin – to stop their flow of money to Burma’s army. Together, we have make it crystal clear: there can be no “business as usual” with Myanmar’s military dictators.

Now, more than ever, we must dig deep to support our work to hold the Myanmar military to account.

Your gift will build our grassroots movement to end the atrocities and the repression of the Burmese army. Your support will fund our campaigns to:

Thank so much for your time and your support.