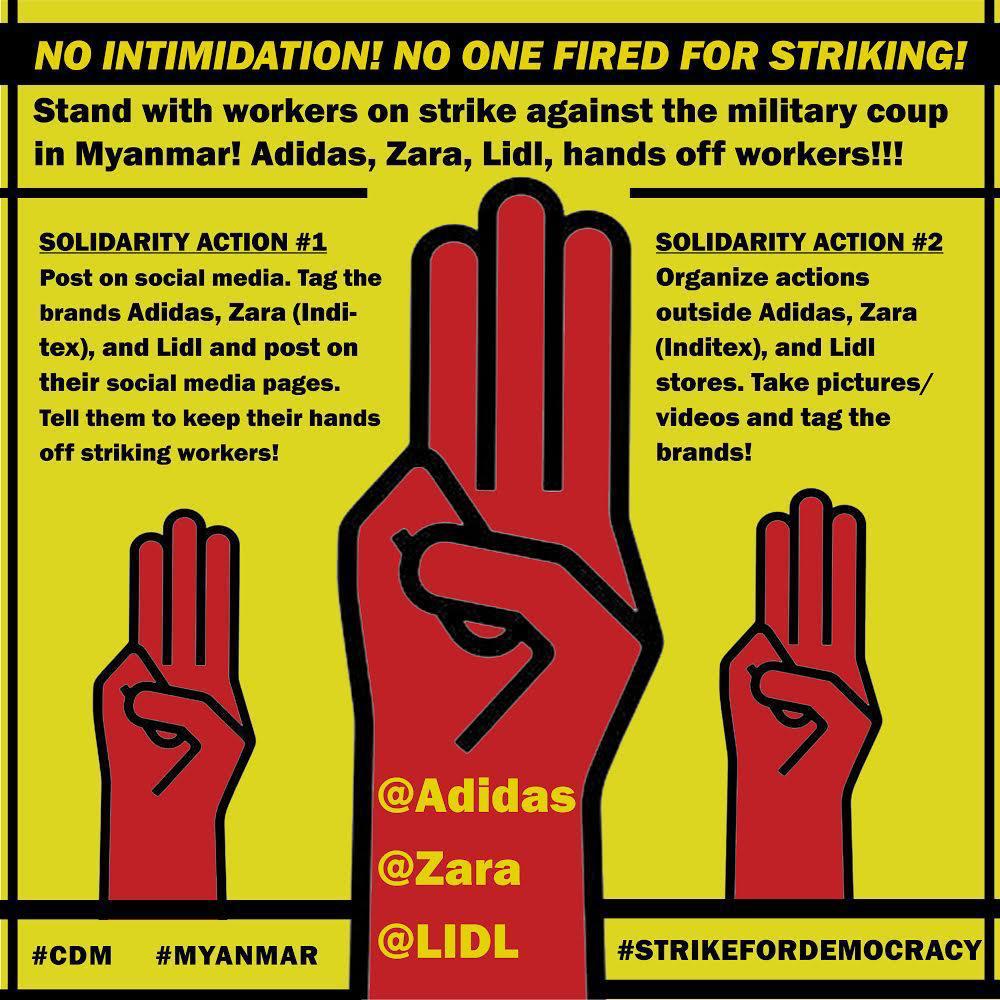 Since the February 1st military coup in Myanmar, the Burmese people are engaged in a life or death struggle. Citizens from all ethnicities and walks of life have joined together in the new Civil Disobedience Movement (CDM). They are saying “NO!” to a return to military rule.

At the forefront of the CDM resistance are the young, mostly female, garment workers who make our clothes. On March 8th, 2021, they launched a general strike to restore democracy. But, the apparel factory owners are intimidating and even firing workers for going on strike and taking part in pro-democracy protests.

Adidas, Zara, and LIDL are among the global brands that buy the most apparel made in Myanmar. These giant corporations have siginificant market power over the factories that make their clothes. They can support the garment workers by demanding that the factory owners stop intimidating workers who join CDM protests.

“We are being shot in the streets during the day. Our homes are being raided at night. We have made the global apparel brands huge profits with our bare hands over the years, the very least they should do right now is ensure we are not fired simply for wishing not to live under a military dictatorship. Amidst such an undisputed human rights travesty, their silence thus far is appalling,” stated Ma Moe Sandar Myint, Chairwoman of the Federation of General Workers of Myanmar (FGWM).