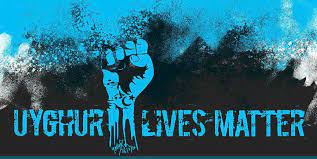 Congress is taking action in the wake of tragedy and protests in China. A Uyghur neighborhood in Urumchi was just rocked by an apartment fire that killed eleven people and injured many more. The victims were mostly Uyghurs and many Chinese people believe President Xi’s hardcore Covid restrictions prevented firefighters from reaching the fire scene earlier. As a result, protests and vigils have sprung up across China in Urumchi, Shanghai, Nanjing and Beijing.

This bill designates Uyghurs as prioritized refugees of special humanitarian concern, making them eligible for Priority Two (P-2) processing under the refugee resettlement priority system. The P-2 designation enables refugees to access the U.S. refugee program without a referral from the UN High Commission for Refugees, an embassy, or an NGO. Examples include Iraqis associated with the United States and certain religious refugees from the former Soviet Union.

Please follow up your message with phone calls and emails to the staff of your U.S. representative.

We have a new resources to make this easier for you. We’ve created an online listing of key staff of every Member Congress. Check it out here:

Just follow the steps below to call and email your Members of Congress! Sometimes just one call or direct email from you can make the difference.

Follow up #2: email the staffers of your Members of Congress

In your email, we suggest you use a succinct and direct subject line such as: “Co-sponsor Uyghur Human Rights Protection Act (H.R.1630/S.1080)”

Start your message with a mention of where you live in the state. Feel free to include a personal note on why you care about the Uyghurs in particular. Please use or adapt the following text in your email. Please blind copy (bcc) us on your email at info@nobusinesswithgenocide.org.

The bill would require the U.S. Administration to take further steps to address human rights abuses against the Uyghurs and other minority groups in the Xinjiang Uyghur Autonomous Region in China.

Please write back and tell me when you will co-sponsor the Uyghur Human Rights Protection Act (H.R.1630/S.1080).

Just one email or phone call from a constituent can make a difference.  So email and call your U.S. representative every few days until they co-sponsor the Uyghur Human Rights Protection Act (H.R.1630/S.1080).