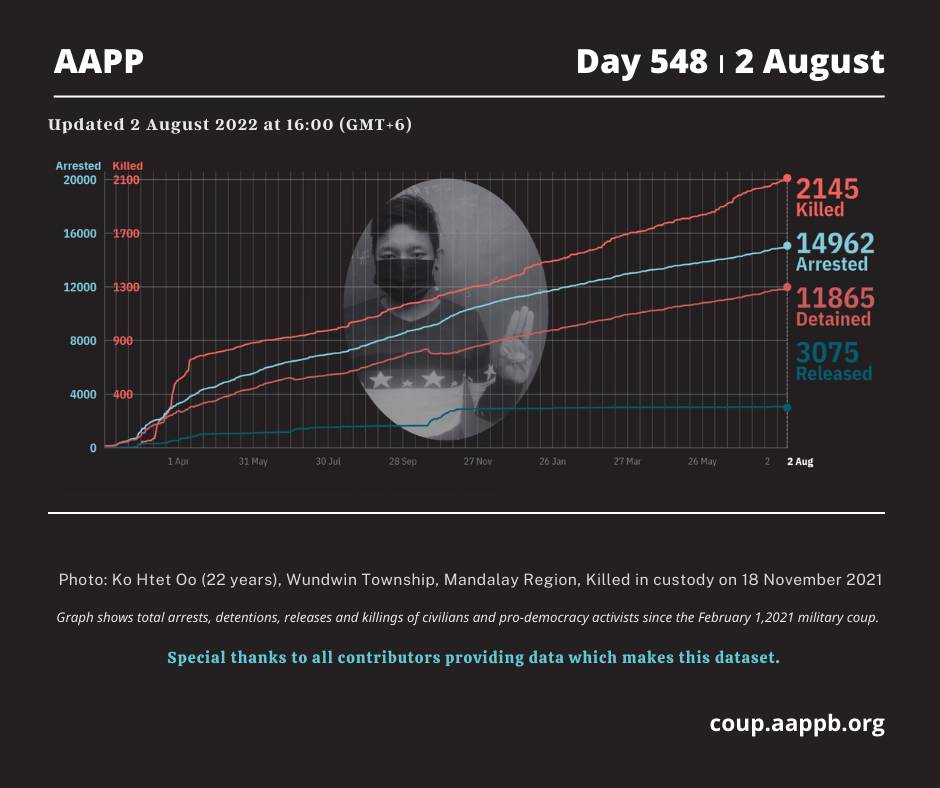 On February 1, 2021, the military seized control of Myanmar and threw out the democratically elected government. According to the Assistance Association for Political Prisoners (AAPP), 2,145 peaceful protesters have been killed by the junta. Another 14,962 have been arrested. Last week, the military executed four activists.

Working with the International Campaign for the Rohingya, Campaign for a New Myanmar, and other partner organizations we have worked hard to cut off funding to the brutal military that is ruling the country. All totaled, No Business with Genocide supporters took 1.7 million actions on behalf of the people of Myanmar. That’s petitions signed, letters written, calls made, and meetings attended.

We made some progress:

Together, we have made great progress but we need to do more

Our email list of supporters has grown almost exponentially to nearly half a million. This includes over 150,000 people inside Myanmar who can take our actions targeting corporations from the safety of their homes. In the United States, our supporters have used our online action to send over 40,000 messages to their Members of Congress.

However, we face a gap between the money we’re raising and the money we need. We have ambitious plans to help support and organize our supporters given the massive increase in their numbers. That’s why we ask you now for your additional financial help.

To build up our campaigns, your one-time or recurring sustaining gift would have a significant impact.