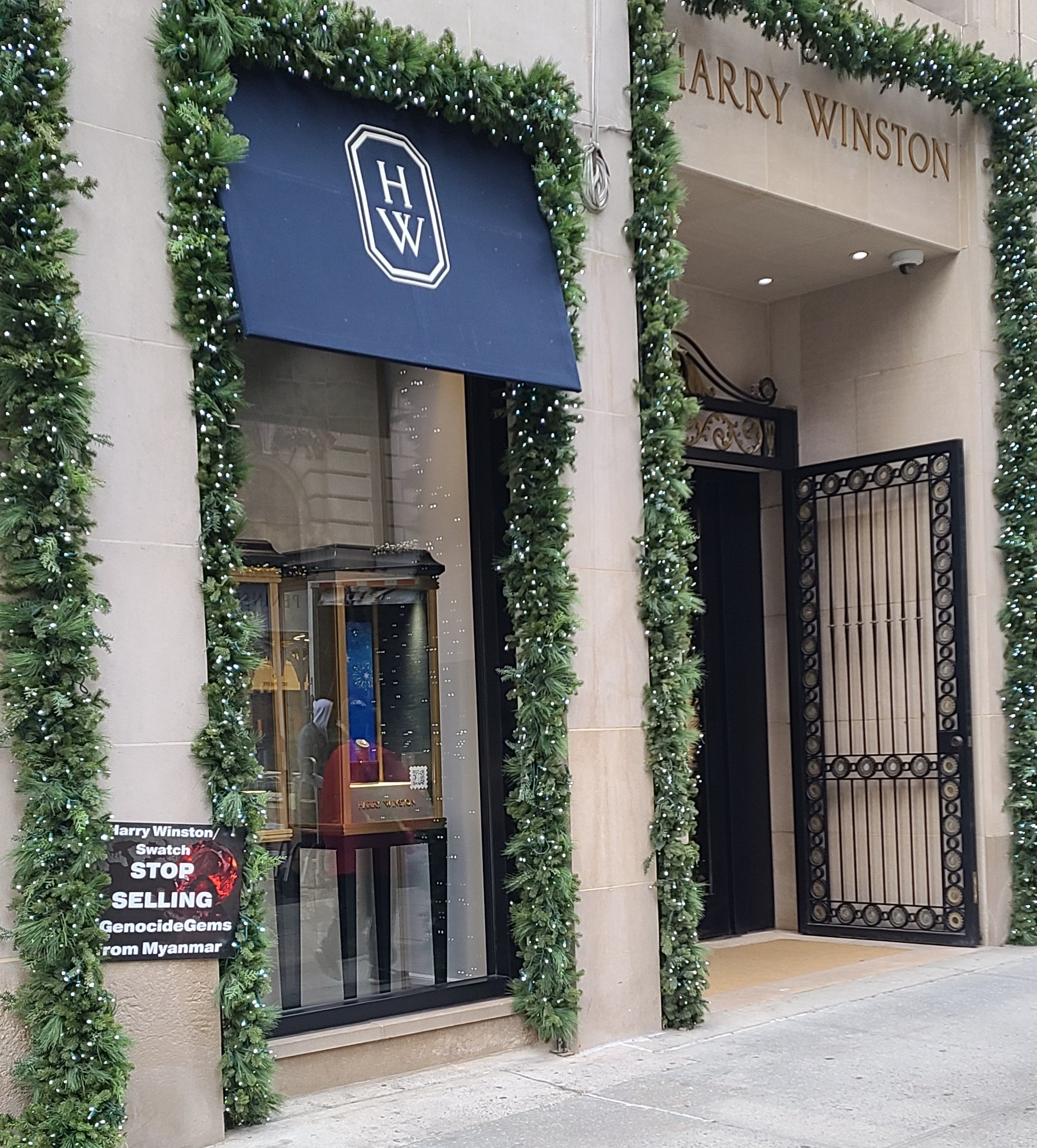 We can end genocide, we just have to want to

On December 9, 2021 (World Genocide Day), I led a delegation to present luxury jeweler Harry Winston with our petition asking them to stop sourcing #GenocideGems from Myanmar. About ten minutes later, they announced they would do just that.  This is why I got into this kind of work. No Business With Genocide’s entire raison d’etre is to stop companies from profiting from and funding genocide or other mass atrocities.

While this was a victory, we have more work to do. Can you help us by making a donation?

Paul Rusesabagina inspired me to be a better person

For a few years, I worked at the United Nations. That introduced me to international relations and the horrors in the Congo that began after the 1994 genocide in Rwanda. The war in Rwanda never ended, it just moved next door. When I saw, Hotel Rwanda, I realized I had not done or cared enough about what happened there during that terrible time. Paul Rusesabagina’s actions made me want to do more about genocide.

I started volunteering for several anti-genocide organizations and for the Hotel Rwanda Foundation. When Paul was kidnapped in 2020, I felt compelled to act. If we cannot stand up for someone who stood up for so many, do we really mean “never again”?

During the course of this work, I reached out to Simon Billenness. His mission to end the genocide against the Rohingya mirrored Paul’s to stop genocide, mass atrocities, and oppression. In March, he asked me to work with him at No Business with Genocide. Of course, I said yes.

Help us live up to the promise of “never again”

It would be unbelievably wonderful if people didn’t have to work against genocide. It saddens me that our work is necessary. It is and as long as that is true, I am honored to be a part of this struggle.

We need your help. Your gift will help us continue to fight to end genocide and other crimes against humanity around the world.

You can read my full story here.

No Business with Genocide